The Androgyne Show
Second album released on February 24, 2012. Recorded on analogue equipment at Dwarfhaus Studios in Berlin.
Ten tracks: Satan Said, The Androgyne Show, Meet Me In The Darkness, Modern Love, A Key To The Light, The Gambler, One Two One Two, The Last Room, When It All Comes Down, On The Roof.
Total time: 35 minutes. Printed inner sleeve. First LP edition limited to 500 copies.
Available on LP (including download) for 15 euro and download for 10 euro.
BUY HERE!


Staying In Soho (Picture Disc 7″ single)
Picture Disc 7″ single released June 2017. Contains two songs. Side A is a music hall comedy number lamenting the gentrification of central London, and celebrating Soho as we love it. Side B is an East End thriller with a pretty murderess and someone who should have known better.
Two tracks: Staying In Soho, Jackie.
Total time: 7 minutes.
Available on 7″ single for 9 euro and download for 2 euro.
BUY HERE! 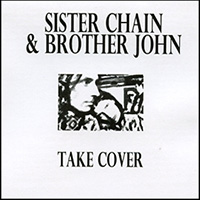 
What You Shouldn’t EP 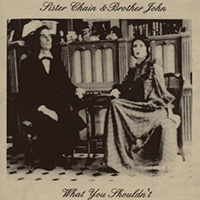 First EP self-released in 2007. Contains songs that later made it onto the first album.
Four tracks: Let Me Ride, What You Shouldn’t, Tuesday Parties, Dive Bar.
Total time: 16 minutes. Cd.
Out of print.